Last March Google announced that they would discontinue Google Reader as of July 1. Bad news for the millions of users (including me).

But good news for Google Reader's competitors. The GR shutdown announcement has prompted other RSS content aggregators to improve and enhance their products, with the goal of attracting new users who are looking for alternatives to Google Reader. It's a hassle to switch, but in the end we'll have better products to choose from. 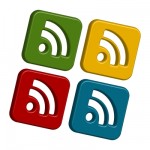 RSS stands for Rich Site Summary (or alternatively, Really Simple Syndication). Blogs, news sites and social media create "RSS feeds" (typically designated by an icon similar to those on the left) that you can subscribe to. Then, instead of visiting each of your favorite sites one at a time, you can view new content from all of them under one roof - an RSS reader. It's kind of like an inbox for web content.

What are the best alternatives to Google Reader?

Leading the pack are Feedly and Netvibes. "The Old Reader" is actually a new RSS reader that has the look and feel of the original Google Reader, while still offering the latest social sharing options.

Reeder.app for Apple iOS has received good reviews, as has gReader for Android. l use Taptu on my Kindle Fire tablet.

Michael Pound has outlined a short list of Google Reader alternatives, and rates them A, B or C.

Phil Bradley has a helpful blog post with some good suggestions for smart phones and tablets.

Ultimately what's most important is the degree to which a feed reader meets your needs. Some people prefer a magazine-type layout, with tiles of large images (like Flipboard). Others prefer a more text-based headline layout. In addition there are other features to consider, including mobile platform, sorting and saving options, social network syncing, and others.

You're not tied to any one service. Sign up for two or three and test them for yourself. Here's a crowd-sourced spreadsheet with dozens of RSS readers.

And another comparison chart from the Online Journalism Blog poll.

Since Google Reader will shut down in a few days, if you already have a Google Reader account, make sure you export your RSS subscriptions and settings before you lose access to them. Here are instructions for how to do so.

Some of the Google Reader alternatives will allow you to import all your feeds directly from Google with a couple of mouse clicks. But it's good to download the zip file to your hard drive or cloud storage in case you decide to later switch to a different service.