Skeptical Highlights from The Amazing Meeting 2015

I recently returned from my fourth time at The Amazing Meeting, sponsored by the James Randi Educational Foundation (JREF). The mission of the Foundation is to "promote the use of evidence and critical thinking to evaluate questionable or supernatural claims."

Attendees and presenters were an interesting mix of various professionals in the fields of science, education, medicine, law, arts and philosophy; plus lay people with various backgrounds and skills. The common denominator was a curious attitude and open-minded skepticism.

Here are a few highlights of interest to mental health practitioners:

Harriet Hall, MD, who blogs on ScienceBasedMedicine.org gave an interesting presentation on “The Elusive Placebo.” She described research showing that contextual effects can have major impact on patients’ experiences, with the doctor/patient relationship being most important.

She also addressed the power of context in the treatment of pain and of Parkinson’s disease. See her blog post for more detail.

Yvette d'Entremont, MSc, aka SciBabe, reported on how she took on a viral blog by the “Food Babe,” who uses fear mongering and junk science (if any science at all) to promote misinformation about so-called dangers lurking in our food. Ironically, she sells products that contain the very ingredients she vilifies on her blog. Oh, and by the way, the Food Babe has been endorsed by Dr. Oz. Need I say more?

Yvette’s post on Gawker, The "Food Babe" Blogger Is Full of Shit, received the attention of major news media, including CBC, The Guardian, Popular Science, Cosmopolitan, and more. Nevertheless, Food Babe and other well-meaning but misinformed zealots continue to attract followers.

Tim Caulfield, LL.B, LL.M is a professor at University of Alberta, Canada Research Chair in Health Law and Policy, and author of Is Gwyneth Paltrow Wrong?: When Celebrity Culture and Science Clash. He addressed the cultural impact of celebrity endorsements and recommendations, especially those that relate to health. Things like detoxing, colon cleanses and vaginal steaming (that one was new to me) have no basis in research. But because celebrities claim they work, the public is duped into following useless and sometimes harmful regimens.

What does contribute to health? Data show that it’s the simple stuff we already know – exercise, sleep, balanced diet, no smoking, and drinking in moderation.

Dean Edell, MD was the first physician to host a syndicated call-in show on the radio. I remember listening to him in the car as he answered callers’ medical questions. Although he never made diagnoses he did offer research-based information in everyday language. He was a role model for me in my own media work. Here’s a photo of us at lunch: 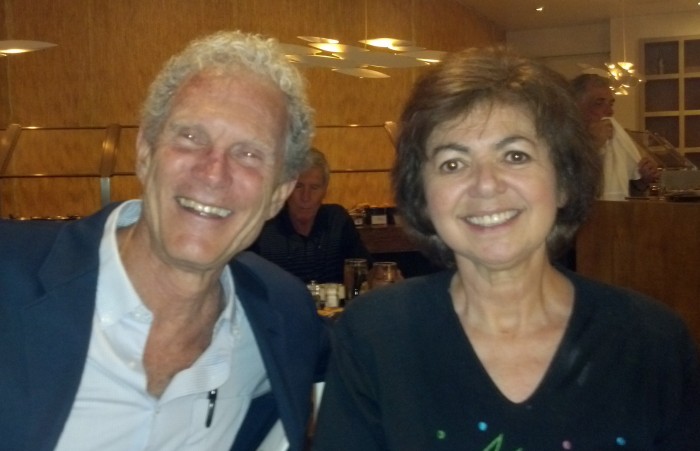 In his address to the TAM audience, Dean talked about the importance of differentiating between quack remedies and good science. “Every kid should be required to take a critical thinking course,” he said.

Stephen Hupp, Ph.D., psychologist and award-winning professor at Southern Illinois University, listed common misperceptions about child behavior and development. For example, there’s no evidence for the terrible twos. “All ages are terrible,” he quipped. Other beliefs not supported by research: sugar causes hyperactivity; twins can feel each other’s pain; Baby Einstein videos boost intelligence; Scared Straight programs work; kids without siblings are spoiled and selfish. These and other myths are described in his book, Great Myths of Child Development.

Things that make you go hmmm…

Edwina Rogers, public policy expert, described the political maneuverings in US congress that undermine the advancement of science in education, research and legislation. It’s no surprise that more Republicans than Democrats are questioning the scientific basis of climate change. But did you know that more Democrats than Republicans believe in astrology?

Hans Rosling (you may be familiar with his TED talks) his son Ola Rosling and Ola’s wife Anna did a tag-team presentation on common misassumptions about social trends and statistics. For example, contrary to what many people believe, world poverty is decreasing and literacy is on the rise. Check out the Roslings’ website, Gapminder.org for some eye-opening facts.

I ran into Hans and his family at the hotel deli. Here’s a snapshot in which he is explaining to me how the increase in world population has nothing to do with our living longer. 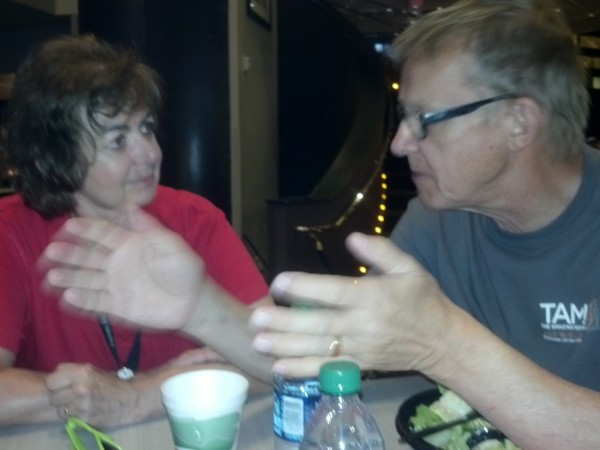 The above are just a few of the informative and entertaining presentations at TAM. Speakers' videos will probably be posted here, along with those of previous conferences (which are available now).

Not sure what’s in store for next year. JREF founder James Randi (shown with me below) is retiring. But I don’t see him disappearing while he’s still alive. 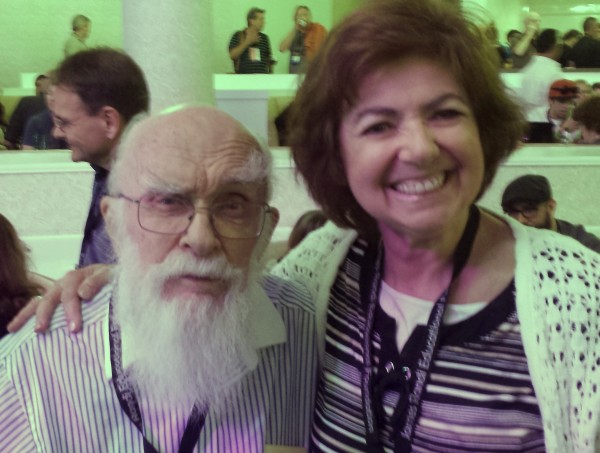